Looking for solutions to help protect your DNA?
Here is one that's very simple and backed by research:

The inhibitory activity of Electrolyzed Reduced Water (ERW) against Severe Acute Respiratory Syndrome Coronavirus 2 (SARS-CoV-2), which is the etiological agent responsible for coronavirus disease 2019 (COVID-19), was tested in vitro on Vero E6 cells using a plaque assay. Infectious virus titers of cells treated with ERW 100%, 50% and 33.3% solutions and phosphate buffered saline (PBS, negative control) and exposed to the virus suspension for 60 seconds were 2.25, 2.65, 3.21 and 7.38, respectively. ERW has a high pH and low surface tension. It is considered that the alkaline property of ERW breaks down phospholipids and proteins of envelopes. The role of pH and reducibility on the virucidal effect of ERW should be further evaluated. This study provides a foundation for utilizing ERW as an effective antiviral aqueous solution in a variety of applications.

Active oxygen species or free radicals are considered to cause extensive oxidative damage to biological macromolecules, which brings about a variety of diseases as well as aging. The ideal scavenger for active oxygen should be 'active hydrogen'. 'Active hydrogen' can be produced in reduced water near the cathode during electrolysis of water. Reduced water exhibits high pH, low dissolved oxygen (DO), extremely high dissolved molecular hydrogen (DH), and extremely negative redox potential (RP) values. Strongly electrolyzed-reduced water, as well as ascorbic acid, (+)-catechin and tannic acid, completely scavenged O.-2 produced by the hypoxanthine-xanthine oxidase (HX-XOD) system in sodium phosphate buffer (pH 7.0). The superoxide dismutase (SOD)-like activity of reduced water is stable at 4 degrees C for over a month and was not lost even after neutralization, repeated freezing and melting, deflation with sonication, vigorous mixing, boiling, repeated filtration, or closed autoclaving, but was lost by opened autoclaving or by closed autoclaving in the presence of tungsten trioxide which efficiently adsorbs active atomic hydrogen. Water bubbled with hydrogen gas exhibited low DO, extremely high DH and extremely low RP values, as does reduced water, but it has no SOD-like activity. These results suggest that the SOD-like activity of reduced water is not due to the dissolved molecular hydrogen but due to the dissolved atomic hydrogen (active hydrogen). Although SOD accumulated H2O2 when added to the HX-XOD system, reduced water decreased the amount of H2O2 produced by XOD. Reduced water, as well as catalase and ascorbic acid, could directly scavenge H2O2. Reduce water suppresses single-strand breakage of DNA b active oxygen species produced by the Cu(II)-catalyzed oxidation of ascorbic acid in a dose-dependent manner, suggesting that reduced water can scavenge not only O2.- and H2O2, but also 1O2 and .OH.

Want to learn how to protect your cells from Reactive Oxygen Species damage? Click here


Want to learn more about how ERW can help protect your DNA from Oxidative Stress Damage?
Click here

We reported that reduced water produced by electrolysis enhanced the antioxidant effects of proton donors such as ascorbic acid (AsA) in a previous paper. We also demonstrated that reduced water produced by electrolysis of 2 mM NaCl solutions did not show antioxidant effects by itself. We reasoned that the enhancement of antioxidant effects may be due to the increase of the ionic product of water as solvent. The ionic product of water (pKw) was estimated by measurements of pH and by a neutralization titration method. As an indicator of oxidative damage, Reactive Oxygen Species- (ROS) mediated DNA strand breaks were measured by the conversion of supercoiled phiX-174 RF I double-strand DNA to open and linear forms. Reduced water had a tendency to suppress single-strand breakage of DNA induced by reactive oxygen species produced by H2O2/Cu (II) and HQ/Cu (II) systems. The enhancement of superoxide anion radical dismutation activity can be explained by changes in the ionic product of water in the reduced water. 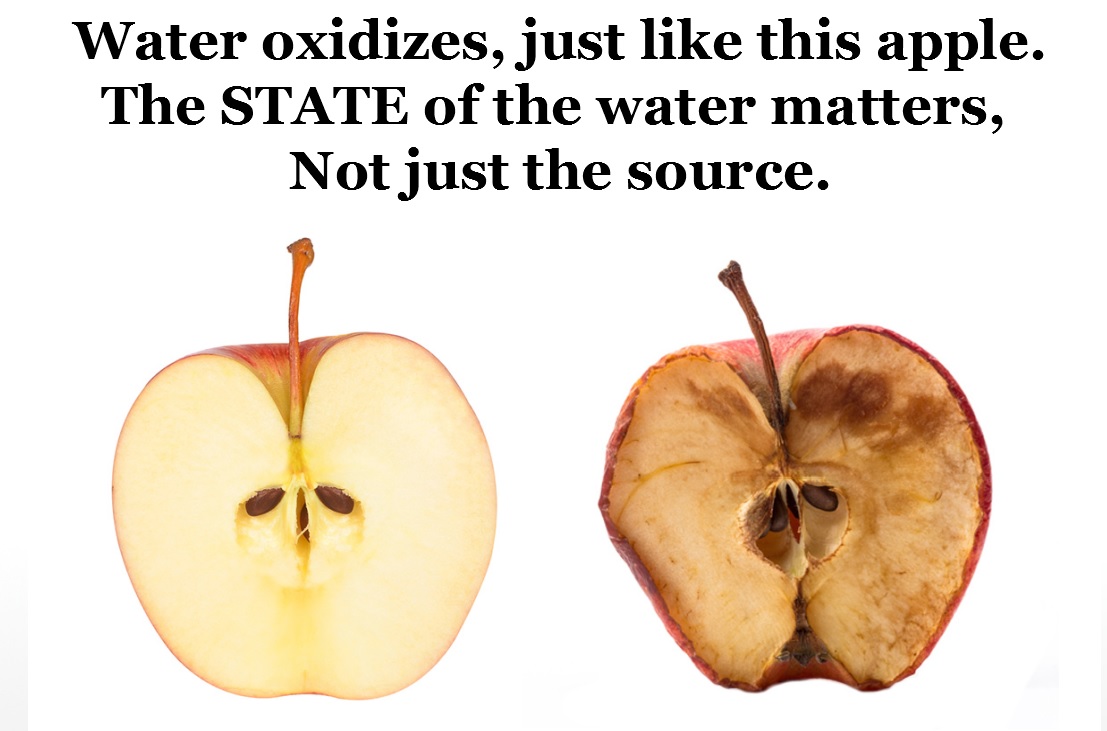 Aging-related neurodegenerative disorders are closely associated with mitochondrial dysfunction and oxidative stresses and their incidence tends to increase with aging. Brain is the most vulnerable to reactive species generated by a higher rate of oxygen consumption and glucose utilization compared to other organs. Electrochemically reduced water (ERW) was demonstrated to scavenge reactive oxygen species (ROS) in several cell types...When these cell lines were treated with ERW alone (0 μM H2O2) the number of viable cells did not increase compared to that of the controls (Figures 1(a) and 1(b)). Therefore, the results indicate that ERW suppresses neuronal cell death caused by H2O2-induced oxidative damage.

...ERW was found to protect N1E-115, PC12, SFME, and MCCNP cells from oxidative stresses caused by H2O2, glutamate, and SNP treatments. This neuronal cell protection stemmed from the ROS specific scavenging ability of dissolved hydrogen and Pt nps in the ERW. The present communication provides encouraging data for the therapeutic applicability of ERW against NDs*.


To learn where to get Electrolyzed Reduced Water, Click here

HEW* is effective for mitochondrial dysfunction in MM** and inflammatory processes in DM***. Hydrogen may have a threshold effect or a dose-response effect and 1.0 liter or more per day of HEW is likely to be required to exert beneficial effects.


To learn more about how Electrolyzed Reduced Water can help protect mitochondria, and where to get it, Click here 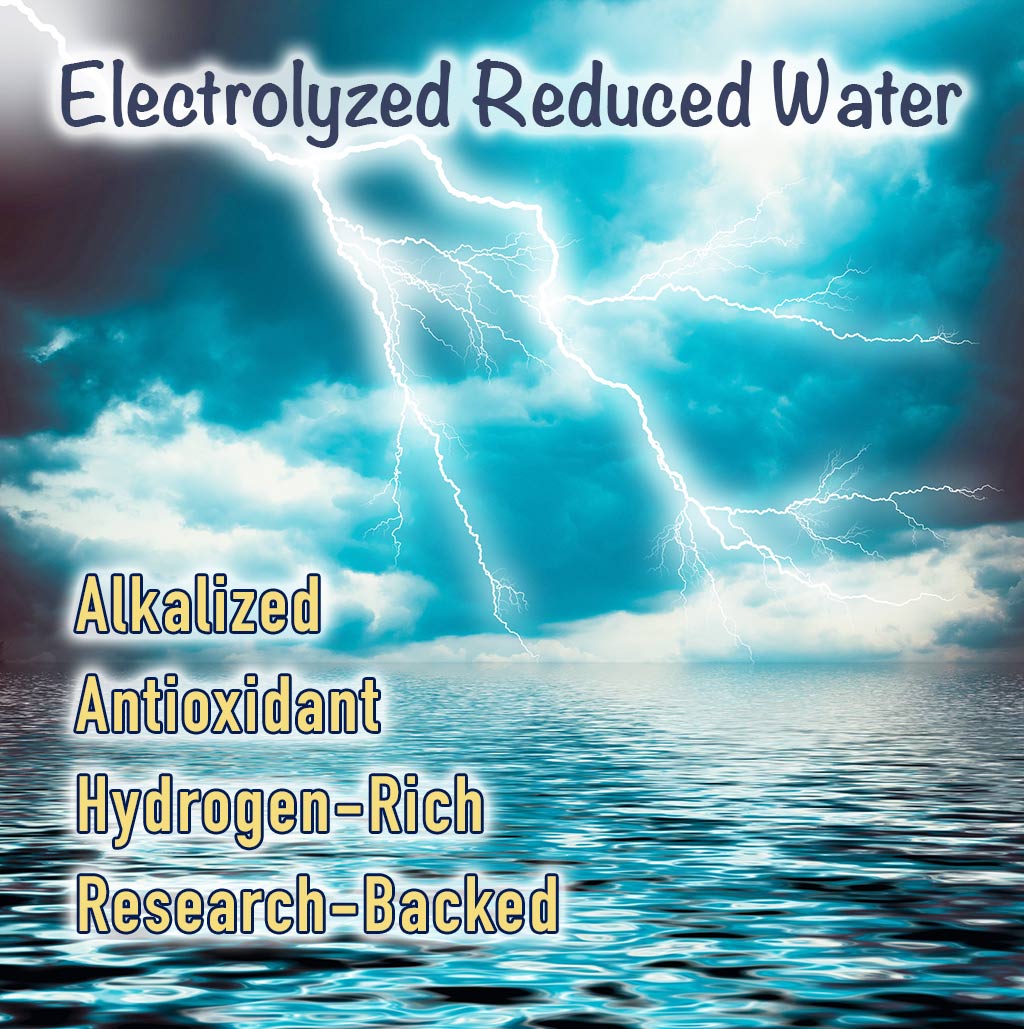 
Advanced Research on the Health Benefit of Reduced Water

Accumulating evidence has shown that reduced waters are health beneficial and they suppress oxidative stress-related diseases such as diabetes, cancer, arteriosclerosis, neurodegenerative diseases, and the side effects of hemodialysis. The mechanisms of action of reduced water for scavenging ROS are considered to be complicated. ...ERW suppresses neural cell death by oxidative stress (Kashiwagi et al., 2005). Hydrogen-supplemented water also exhibits various anti-neurodegenerative disease effects...

Both ROS scavenging effect and immuno-modulation effect might be responsible for anti-cancer effect of Alkaline Reduced Water. 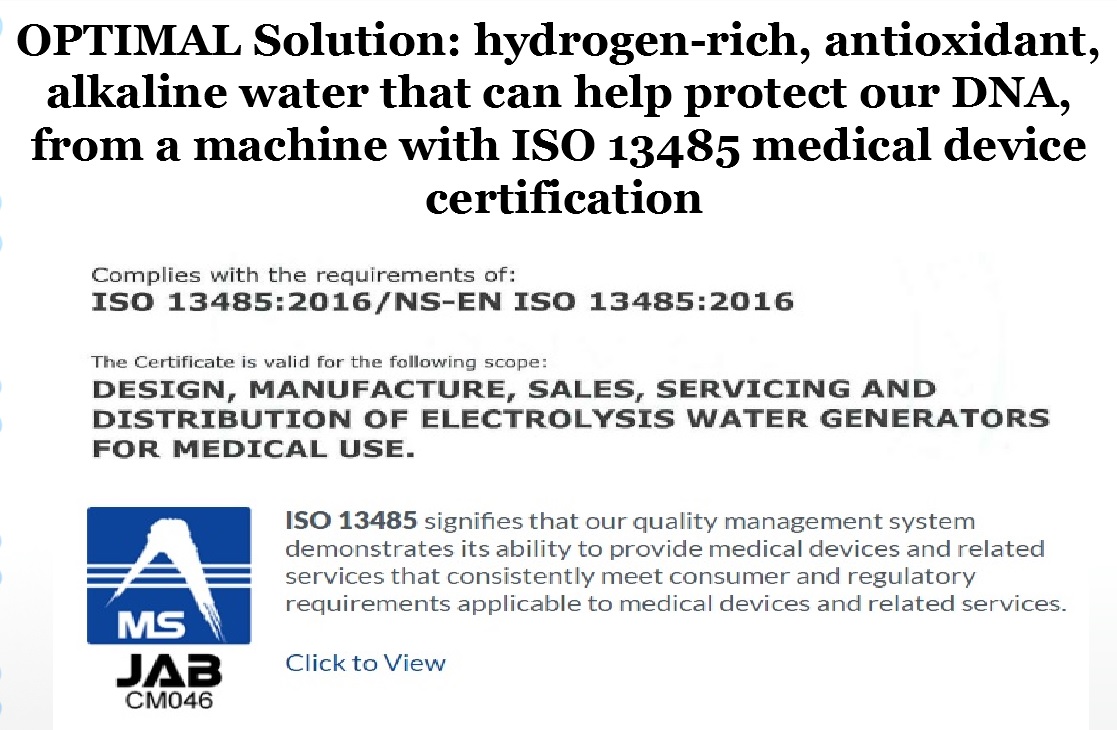 If you would like more information regarding Electrolyzed Reduced Water, and how to obtain it from an ISO 13485 certified medical device for home use, please fill out the form below.
We will get back to you shortly with your FREE information. We take privacy seriously and will not sell or transfer any contact information that you share with us.